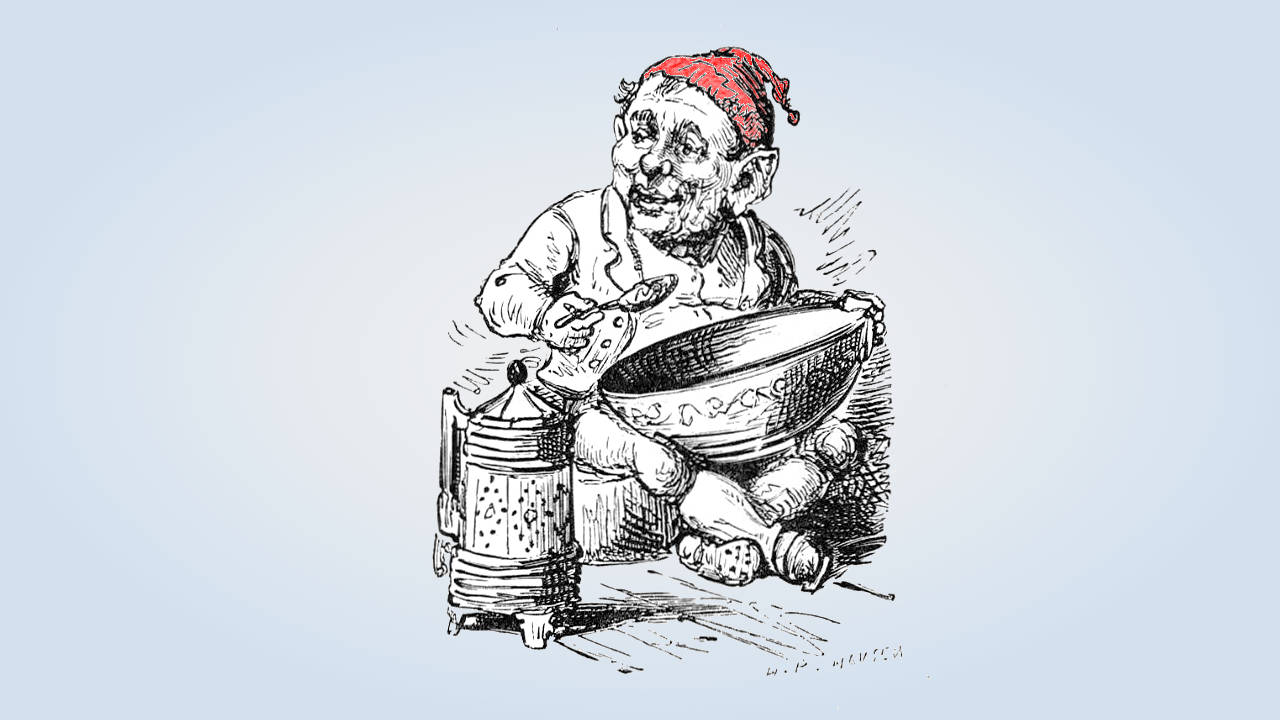 [I’m enjoying time with my family for the rest of 2022. Here’s something completely different — one of my fantasy short stories. Enjoy the holidays and I’ll return with a new post on January 4, 2023.]

Thankful to be home after hours of job hunting, I pulled out my last pint of ice cream. Some Christmas this year.

While the ice cream softened, I leafed through unpaid bills on the kitchen counter. When I got to the credit card invoice, the monthly minimum sent me over the edge. I crumpled the statement into a tight ball and threw it across the room. It rolled under the couch that doubled as my fold-out bed in the cramped studio apartment.

The first of taste of ice cream failed to lift my spirits, and I zoned out. A slight movement interrupted my pity party, and I screamed like Chris Tucker when a small, wrinkled hand pushed out from under the couch the uncrumpled bill along with a wad of cash.

Figuring my weird friends were pulling a prank, I walked over with the ice cream in one hand and scooped up the money in the other. Twice the amount needed to satisfy the full credit card debt. I set the carton on the floor next to the couch, got down on hands and knees, and peered into the blackness. Instead of finding someone, I saw only a lost sock and lint balls.

Leaving the carton on the floor, I returned to the kitchen counter, crumpled another of the unpaid bills, and pitched it under the couch where the first had rolled. Withered fingers curled around my pint of French vanilla bean, and the container disappeared without a sound.

I watched from across the room, shaking like a kite in a hurricane. A faint slurp, then another, followed by a giggle. More slurping before a loud belch.

A tiny right hand emerged again from under the bed, gripping what looked like another wad of cash. Then the left followed with the uncrumpled bill. My eyes remained riveted as the top of a pointy red hat materialized. The face of the small creature remained hidden. One blink later, a mini-sized old man stood up. The leftovers of the melted ice cream dripped from his thin lips and scraggly beard.

Not much taller than the couch cushions, he waddled towards me. His cream-covered lips turned up into a disarming smile as he handed me the cash and bill.

“Nick’s my name,” the little man said before folding his arms across his chest. “Gifting’s my game.” He shifted his weight and thrust the other leg forward, posed like a miniaturized rapper.

A gnome of a guy crawling out from under my couch should have creeped me out, but the wads of cash outweighed my fear. “How’d you get in here?”

I mulled over the penalty for strangling a pint-sized home invader. “Why are you here?”

“Glad you asked. By the way, Pete, pay your bills on time.”

“Pete, Pete, Pete.” Nick tottered to the couch and leaned against the cushions. “Settle down, boy. I can read.”

I rarely get mad at older, tiny adults, but Nick was ticking me off. “Who sold the farm? And what’s any of that got to do with you breaking into my place?”

“Jakob and Sofie Olsen. I’ve been the resident nisse at the Olsen farm since Jakob’s great-grandfather came here in 1878.”

“Look, little guy. Knock off the funny business. Nobody lives that long. I’m calling the cops.” I picked up my cell phone—a bluff since I hadn’t paid the bill.

Nicked looked up at me and slowly shook his head. “If that’s how you feel, Pete, then return my money. But you keep the bills.”

Out of work for two months, the cash would catch up on the rent, get the bill collectors off my back, and leave enough to stock the fridge. I buried the dead cell phone in the bills. “Wait. What’s a nisse?”

“Grab a chair, Pete. You need to hear about the Olsens and the Norwegian settlers.”

Nick gave me thirty minutes on the immigration history of Central Texas, going into a lengthy lecture on the creatures accompanying the settlers from Norway. He talked like legends were facts.

I wanted to thump Nick’s tiny chest. “You expect me to believe you’re a troll, right? And not just any old troll, but a nisse?”

In my I’m-not-buying-it voice, I said, “So, you’re a nisse. Some kind of solitary, mischievous domestic sprite, and you handled the protection and welfare of the Olsen farmstead and its buildings?”

“You might not have money, Pete.” Nick winked. “But you’ve got smarts.”

“Let me get this straight. You’ll give me cash, and all you want from me is a bowl of Rømmegrøt? Some kind of Norwegian comfort food. Have I got that right, Mr. Nisse?”

Through gritted teeth, I said, “I’m not buying it. Why would you hand over hundreds for a few pints?”

“I thought trolls were mean. Don’t they kill and eat people?”

“Trolls behave like people. Some are good and others are not so good.”

“And nisse trolls are good?”

“Sorta. Let me make one thing clear, Pete. In case you’re thinking about taking my cash and stiffing me with no ice cream, for your sake, don’t!”

“Let’s just say that the mischievous side of me can turn nasty quick. You don’t want to go there.”

“So I give you food—er—ice cream. What are you getting out of this deal?”

“A better place to live than Olsen’s smelly barn. And from what I’ve seen so far, I won’t have to dodge any animal deposits on your apartment floor.”

“What’ll I tell my friends?”

“You won’t. No one will see me. Under the couch, outta sight, outta mind.”

I was out of words when I spotted the phone bill. “You really like French vanilla?”

I rubbed my chin and smiled before leaning over and handing Nick the past due phone bill. “Wait till you taste Dolcè!”

It’s gonna be some Christmas. And a Happy New Year, too!

Researching a book, even one for grade-schoolers, can turn up interesting tidbits of information. While sourcing information on trolls for the Cliftopolis science fiction (time travel) and fantasy series, I followed many rabbit trails. Before the hunt, I knew little about trolls or the Norwegians who immigrated to Central Texas in the mid-1800s. Along the way, I discovered nisse legends.

And what is a bowl of Rømmegrøt? There are several variations, but basically, it’s a warm Norwegian pudding, often eaten with a hefty drizzle of melted butter and a good sprinkling of cinnamon sugar.

If you want a recipe for this treat, you can find many on the internet. Here’s one from the Sons of Norway website.