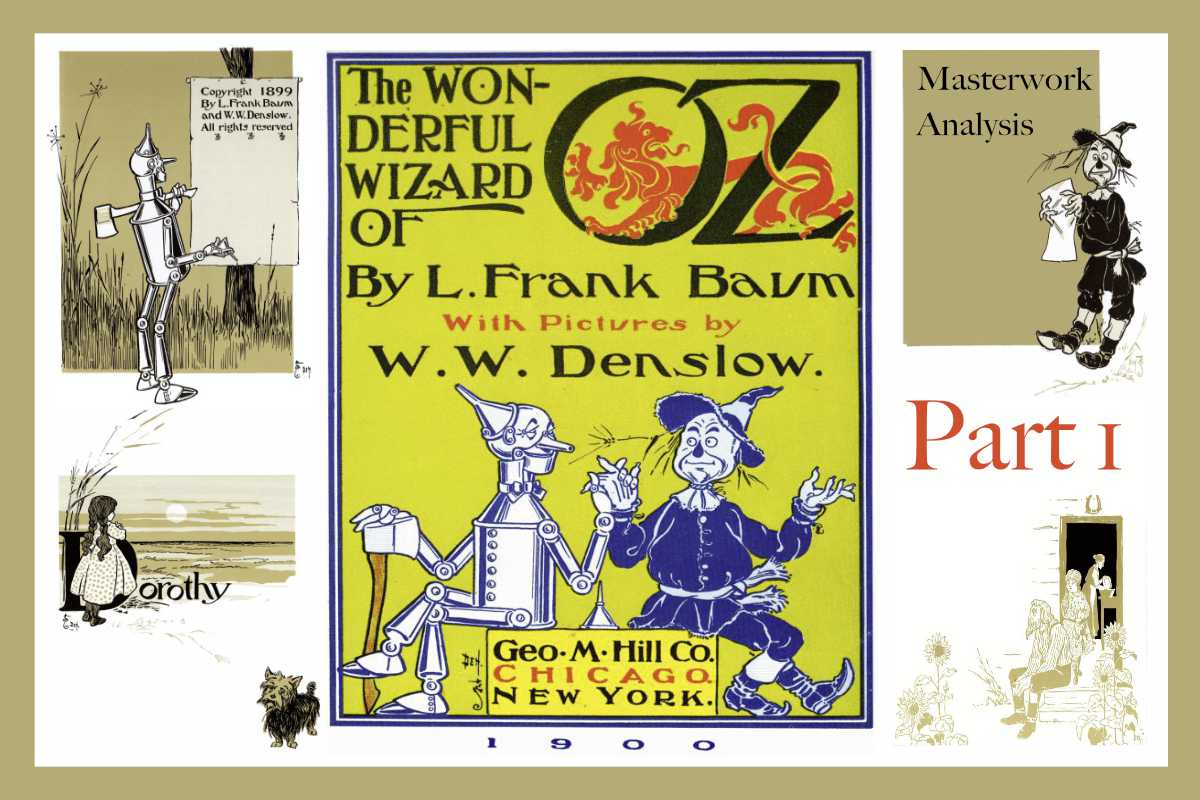 Without the storytelling insights learned from admired writing teachers, I’d still drift in my efforts to strike resonating chords with audiences. I learned the real magic happens when you personalize story structure, enabling you to write a book readers will love.

Time-proven story structures inspired me to create Global Story Beats (GSB). The name is not important. What’s significant is GSB allows you to break down films and books into patterns that consistently work. Those effective formats are as old as storytelling.

There are several formats, but stick with me through this multi-part series, and I’ll use GSB to show you how to personalize story structure.

Global Story Beats are useful for interpreting and writing stories, but not as rules. You choose what works for the stories you want to tell.

Most have seen The Wizard of Oz film from 1939, but fewer have read L. Frank Baum’s novel The Wonderful Wizard of Oz. In this series of posts, I’ll break down the book into acts and scenes, explaining how GSB helps you understand and apply story structure.

Focus on the Book, Not the Film

Every year, millions view the classic 1939 film. With a Rotten Tomatoes score of 98%, the movie continues to resonate with audiences.

There are strong parallels between the movie and novel, but this analysis focuses on the book.

If it’s been years since you’ve read the novel, you’ll encounter surprises in upcoming posts. For example, my film-based memories insisted Dorothy wore “ruby slippers.” In the book, however, she claims “silver slippers” from the Wicked Witch of the East. In the book, the Queen of the Field Mice plays a prominent role, but her character does not exist in the film.

You can get a free copy of The Wonderful Wizard of Oz at Project Gutenberg (https://www.gutenberg.org/ebooks/55).

The GSB analysis will link scenes to my online copy.

A Brief Background on the Book

According to the Public Domain Review, L. Frank Baum’s The Wonderful Wizard of Oz was the first book in what became a fourteen-volume series. It sold nearly 15,000 copies within a month of its publication in September 1900 and remains the most popular of the Oz books — not least of all because it’s the only one illustrated by W. W. Denslow, whose depictions of Dorothy, Toto, and all the other creatures and landscapes of Oz have become so iconic as to be inseparable from Baum’s story.

As we explore the novel, I’ll include several of Denslow’s illustrations, and when viewing these timeless images, it’s easy to imagine the inspiration for the film’s Technicolor scenes.

Starting with next week’s post, I’ll share my analysis of The Wonderful Wizard of Oz, dividing the story into four Acts and breaking down the narrative into scenes based on the Global Story Beats.

If someone you know has been looking for a breakdown of story structure, share the link to this post so they don’t miss the series.