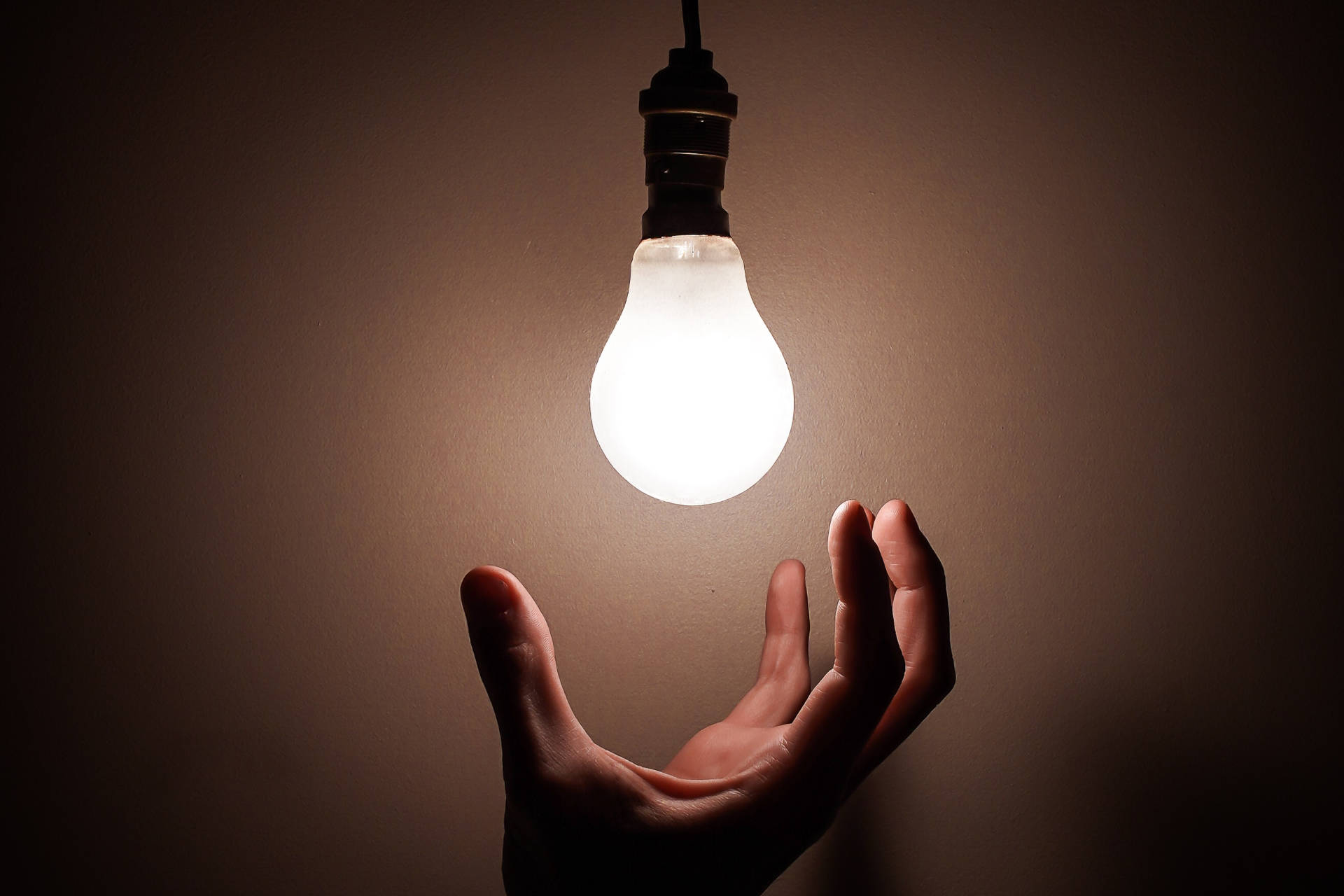 Of all the confusing writing terms, premise tops my list. Given the different meanings assigned by authors and teachers, how do you write a premise that organizes your story and has target-audience appeal? I’ve compiled 11 tips on how to create your story premise before you write.

Books by writing experts approach turning an idea into a novel or screenplay from different angles. At the end of this post, I’ll highlight essential takeaways gleaned from reading their collective advice. If you’re interested in tapping into the original sources, I’ve provided links to the books.

Before we delve into developing your story’s premise, let’s keep in mind Robert McKee’s advice:

Story is about principles, not rules. A rule says, “You must do it this way.” A principle says, “This works… and has through all remembered time.” The difference is crucial. Your work needn’t be modeled after the “well-made” play; rather, it must be well made within the principles that shape our art. Anxious, inexperienced writers obey rules. Rebellious, unschooled writers break rules. Artists master the form.

He says that two ideas bracket the creative process. One is the premise, and the other is the controlling idea (i.e., the story’s theme).

A theme is a closed-ended statement. For example, in the crime genre, the theme often progresses from injustice to justice. In contrast, a premise is rarely closed but open, allowing flashes of inspiration to develop creative premises despite the apparent boundaries of a genre. The idea for a story can come from any source, but the story emerges only with much work.

McKee does not provide a specific process for how to create your story premise. Instead, he writes about the progression of an idea.

STORYTELLING is the creative demonstration of truth. A story is the living proof of an idea, the conversion of idea to action. A story’s event structure is the means by which you first express, then prove your idea… without explanation.

In an example in Story Grid, Shawn Coyne showed that jokes start with a premise, but that’s only the beginning, and your story requires more.

Remember, like a joke, if your Story has three major movements—a Beginning Hook, a Middle Build, and an Ending Payoff—for a simple, compelling premise, it works. But that doesn’t mean a publisher will offer you a contract or that one million or even one person will buy it.

Now having something work is nice.

But we all know that some jokes are good and make us chuckle and some make us spit out our food. Same with Stories. Some are okay. Some change our lives.

The Story Grid focuses on helping writers hone and edit their stories, fixing flaws and bettering strengths. And that means the initial premise remains flexible, allowing for updates as you refine and revise.

In Plot & Structure, James Scott Bell offers ways to develop concepts. He recommends looking inside yourself for ideas, but not every idea is worth writing about.

Before Bell gives his top twenty ways to get hundreds of plot ideas, he asks a sobering question.

Why spend six months, a year—ten years!—hammering out something that editors and agents, not to mention readers, will not care about?

You need to come up with hundreds of ideas, toss out the ones that don’t grab you, and then nurture and develop what’s left.

Michael Welles Schock, Author of Screenwriting Down to the Atoms

Gems of advice abound in Michael Wells Schock’s Screenwriting Down to the Atoms, especially on the reason each story needs a strong premise.

A story achieves unity of action by establishing a premise at its beginning, and then sticking to that premise until the story’s end.

Schock states the premise is what the story is about, and without a strong premise, stories are confusing. The premise strengthens the story by uniting the action from beginning to end.

Blake Snyder, Author of Save The Cat!

If you’re a fan of the Save The Cat! methodology, you probably love how Blake Snyder gives movie examples to underscore the importance of story structure, including what he called the “promise of the premise.”

In a December 3, 2007 post, he discussed how the “promise of the premise” in a screenplay delivers on a movie poster’s image and text. For novelists, it’s where we deliver on our book cover’s promise to readers.

On March 21, 2008, Blake Snyder posted, “A movie is about ‘one idea’.” He added, “But one idea, well told, is actually the way to make your script more meaningful. Finding the ‘one idea’ makes your story spine stronger.” He added, “Sticking to the ‘one idea per movie’ rule helps us focus on what we’re really saying.”

According to Snyder, the premise sells the story. He gave this example in Save the Cat! Strikes Back:

One of my best pitches is for a movie I sold in 2006 called Granny. It sold primarily because my co-writer, David Stephens, and I delivered on the premise, but the pitch can’t be denied. And though it took time to hone it down to this, it never fails.

So if I ever find myself in an elevator with Jerry Bruckheimer and he asks about my latest film, I won’t hesitate, I’ll say: “Granny is a PG-13 horror movie. It’s about a senior serial killer who kills teenagers who violate the rules of etiquette. And here’s the poster line, Jerry: Granny. She’s off her rocker.” DING!

Promise of the Premise

In Save The Cat!, Snyder defined the Promise of the Premise:

The premise of a movie, its “What is it?,” can only be proven to be satisfying when we see it in action. What is fun, catchy, or hooks our interest about a movie’s poster must be paid off once we get inside the theater. If it is not paid off, we the audience will consider it to be a bad experience. We will feel cheated. The promise of the premise are those scenes or scene sequences that exploit the premise to its maximum and are usually found in the fun and games section (pages 30-55) of a screenplay. This is the point where we understand fully what this movie is about. This is why we bought our tickets.

Throughout his blog posts and books, Snyder emphasized writers need to identify and refine the premise, and over deliver on that promise.

C. S. Lakin, Author of The 12 Pillars of Novel Construction

Within The 12 Key Pillars of Novel Construction, C. S. Lakin points out that a great idea does not make a novel. She then introduces the term “Concept with a Kicker,” which rolls together concept, plot, and idea into one statement.

According to Lakin, a Concept with a Kicker is:

She encourages writers to take a good idea and make it a great one with a kicker—to tweak it, giving audiences the emotions they crave based on the writer’s chosen genre. Lakin summed up, kickers:

The development of a premise goes beyond a set formula. Bestsellers find the emotional extra—the kicker. She gave questions that prompt you to think about:

John Truby, Author of The Anatomy of Story: 22 Steps to Becoming a Master Storyteller

In The Anatomy of Story, John Truby mentioned premise 137 times, and he gave a short definition followed by examples.

The premise is your story stated in one sentence. It is the simplest combination of character and plot and typically consists of some event that starts the action, some sense of the main character, and some sense of the outcome of the story.

What you choose to write about is far more important than any decision you make about how to write it.

Truby’s Ten Steps on How to Create Your Story Premise:

The instructions tied to the ten steps span over two dozen pages, and Truby supports his detailed process with helpful examples and useful prompts.

If you’re serious about turning your story idea into a working premise, consider getting Truby’s book and following his approach.

Here are the key takeaways from researching how to create your story premise:

In conclusion, there is no single formula that guarantees a quality premise. Instead, you remain flexible, updating the premise as needed during writing, editing, and rewriting.

As a starting point, I recommend reading John Truby’s The Anatomy of Story: 22 Steps to Becoming a Master Storyteller. It’s the most comprehensive step-by-step approach to developing your story’s premise.