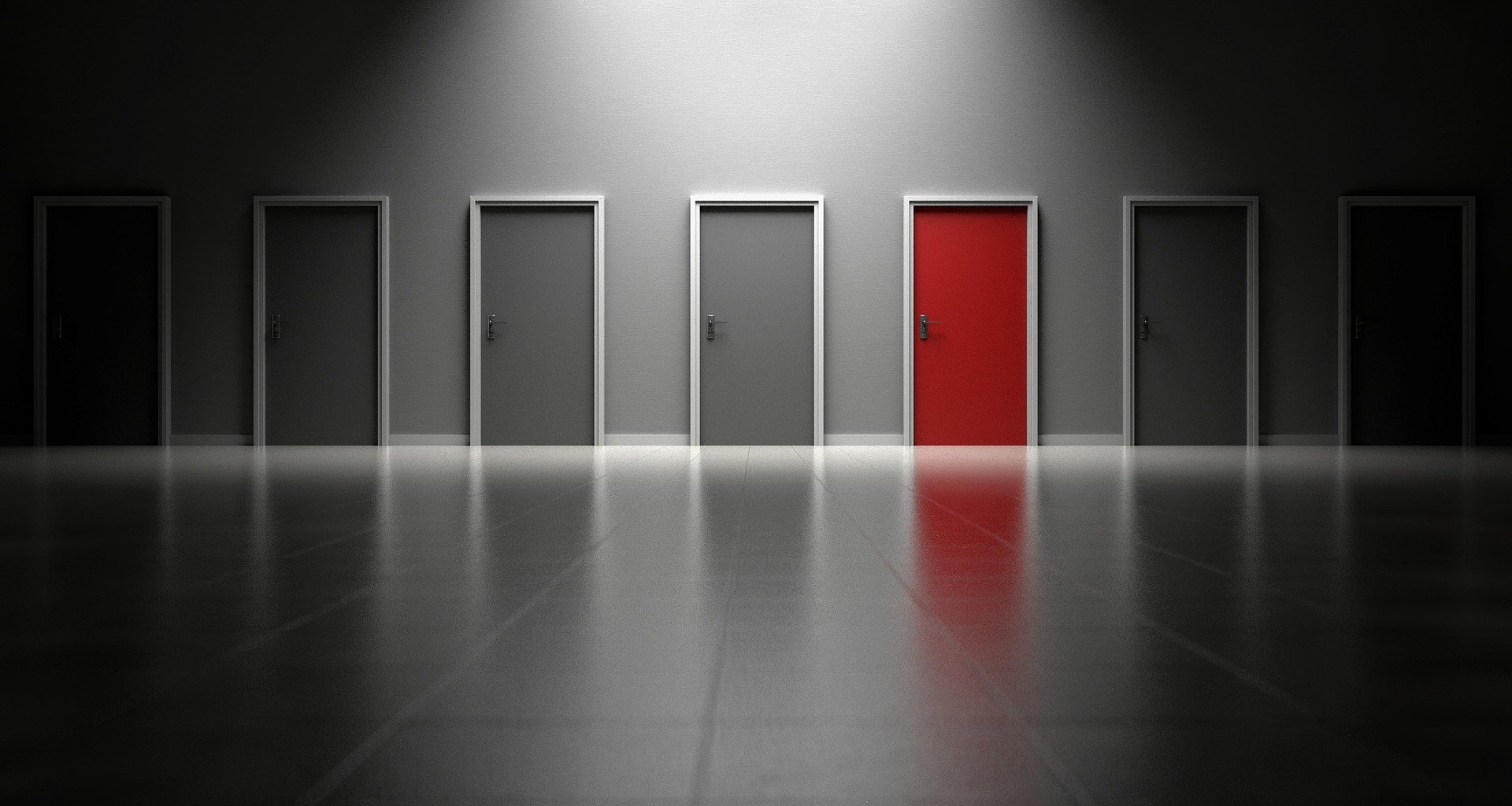 The advice on how to write a premise varies, but the consensus emphasizes it’s a crucial step toward turning your idea into a novel.

Tips on How to Write a Premise

Learn how to write a premise for a book by following these essential steps:

An Idea Differs from a Premise

An idea and a premise are not synonymous. Before getting into the details, let’s define terms.

For example, in John Truby’s Anatomy of Story*, he shared this premise:

An aging beauty tries to get a man to marry her while under constant attack from her sister’s brutish husband. — A Street Car Named Desire

➨Why Start with a Premise?

I understand the itch to write. I’ve got a closet shelf littered with half-written manuscripts because my initial idea proved insufficient to support a story.

Why spend six months, a year—ten years!—hammering out something that editors and agents, not to mention readers, will not care about? You need to come up with hundreds of ideas, toss out the ones that don’t grab you, and then nurture and develop what’s left.

To sum up, a premise nurtures and develops an idea that grabs you, giving strategic inspiration and guidelines to keep you on course to complete the novel.

In hindsight, like most people, I lacked knowledge of genres. Readers know what they like, and although they may not specify a genre, their book selections show savvy purchase decisions.

For writers, understanding your chosen genre helps you develop a premise worthy of a full-length novel.

Genre and audience expectations influence your premise, and are essential to the strategic direction of your novel. Here’s an illustration of the cozy mystery genre.

➨My Journey to Turn an Idea into a Premise

I had an idea to write a thriller set in a small town. I wanted to raise the hairs on the back of the necks of my undefined audience with spin tingling action, excitement, tension, and suspense.

In my writer’s journal packed with ideas, one got me excited. I wrote an elaborate opening scene, plus the murderer’s backstory. It began with a murder followed by the hunt for a serial killer.

But when I evaluated if this premise could change lives, I ran into several snags:

Start with a Killer Concept

Several half-written stories taught me to replace a lackluster idea with a killer concept. I found many of my initial concepts did not translate into a well-crafted premise. At first I tried to force the process, spending time to make ideas work. I learned to abandon poor ideas and search for concepts with more appeal.

Have you ever started something new and realized it was only a passing interest? I’ve still got my small stained-glass project, but don’t expect me to make windows for cathedrals. Been there, done that (on a small scale), and I’ve moved on.

Some ideas are like that stained-glass project—fun and interesting, but not worthy of investing more time and energy.

I’ve learned to use my passions to focus on my story ideas. I hunt for one that grabs me. Then I develop and nurture the best of the best into a working premise.

For example, I love mystery books and films. I embraced my writing passion by clarifying preferences:

➨Identify Your Favorite Books and Films

After compiling what I like and disliked, I listed favorite books (e.g., Raymond Chandler’s The Big Sleep) and films (e.g., Hitchcock’s Rear Window). My list of novels and movies emphasized a writer could deliver intriguing adult subjects without resorting to crude dialogue and gruesome descriptions.

Next, I listed book criteria aligned with my preferences:

If a story has the potential to satisfy my listed criteria, I’m more likely to buy and read that novel. That revelation encouraged me to refine my premise.

I found this part of the process more difficult than expected. The temptation to keep refining had me changing initial premises too many times. Here are the top two of my many drafts:

The first sounds exciting and the second deals with a universal theme; however, both initial premises are imperfect drafts subject to evaluation and change.

Instead of adding more potential premises, I qualified my top two by answering a series of questions.

When the murder of a client disrupts an introverted gallery owner’s peaceful life in the Texas Hill Country, she uses her researching skills to identify the killer and discovers the intriguing odyssey of a priceless painting looted in World War II.

An objective review of the updated premise assessed the challenges and proposed solutions:

To arrive at the overall storytelling strategy, I needed to state in one line (A) how I would tell the story and (B) what I’d convey in the story. Based on my research, I could tell the story from several perspectives, including the protagonist’s mindset, the setting, the present, the past, cultural, community, and familiar story frameworks (e.g., fairy-tales, legends).

In The Anatomy of Story*, John Truby used The Godfather as an example:

To sum up, I decided the classic quest (the “how”) framework best fit this story, showing the sleuth using her knowledge of art to discover the looted painting (the “what”). This strategy provides readers with a puzzle and engages them with interesting historical facts.

Within the Mystery, Thriller, and Suspense category on Amazon, I found a mystery subgenre of women sleuths. Above all, it’s a niche that ranges from noir to cozy and contains books written by famous and debut writers.

After reading many mysteries, studying the Amazon marketplace, and reading dozens of reviews, I’m convinced my best character is a female amateur sleuth. Her occupation as a gallery owner offers the opportunity to share many little-known facts about art, but it’s her Boston terrier named Ike that will draw in readers who love animals.

Research of the genres and subgenres helped me choose the best character, but I still had to make sure my passion drove the character selection instead of focusing primarily on market expectations. If you want to learn about the app I used for research, check out Publisher Rocket.

Characters without conflict are boring, so I had to determine who or what would oppose my heroine.

The identity of the person who opposes the sleuth remains hidden from readers until the climax, but throughout the story, she will face conflicts. For example:

Identifying the chief conflicts before writing prepared me to align and prioritize the value shifts occurring at Midpoint. For example, the sleuth’s values will shift from resisting to embracing her calling to investigate, and her motivation shifts from fear to courage.

Near the end of the story, the sleuth will face a moral choice that could turn deadly, and her decision replaces what she thought was an idyllic life with an exciting adventure as an amateur sleuth, setting up the opportunity for a series.

I decided the moral dilemma faced by the lead character would pit selflessness (e.g., doing the right thing for others) versus selfishness (e.g., maintaining her idyllic life).

This dilemma would increase tension until her breakthrough decision in the climax, engaging readers until story end.

This crucial step determines if the fleshed-out premise is likely to satisfy the writer, target readers, and a wider audience. Here are the validation questions and my responses:

In conclusion, after researching the marketplace and reading dozens of books, I can see people buying a book based on my working premise. In the Preparation step of 5-Step Storytelling, the next task is to choose the structure and point of view.

In case you’re wondering how I rapidly sorted through hundreds of books on Amazon to find authors who generated respectable monthly sales in my chosen genre, check out Publisher Rocket.

It’s work to write a premise. Lots of it! Drafting a working premise was more effort than expected, but I’d repeat the process in a heartbeat because of what I learned about me, my story, and Amazon’s marketplace.

Above all, I came to this conclusion:

How do you go about turning your idea into a premise? Do you see the front-end work of value or wasted effort?