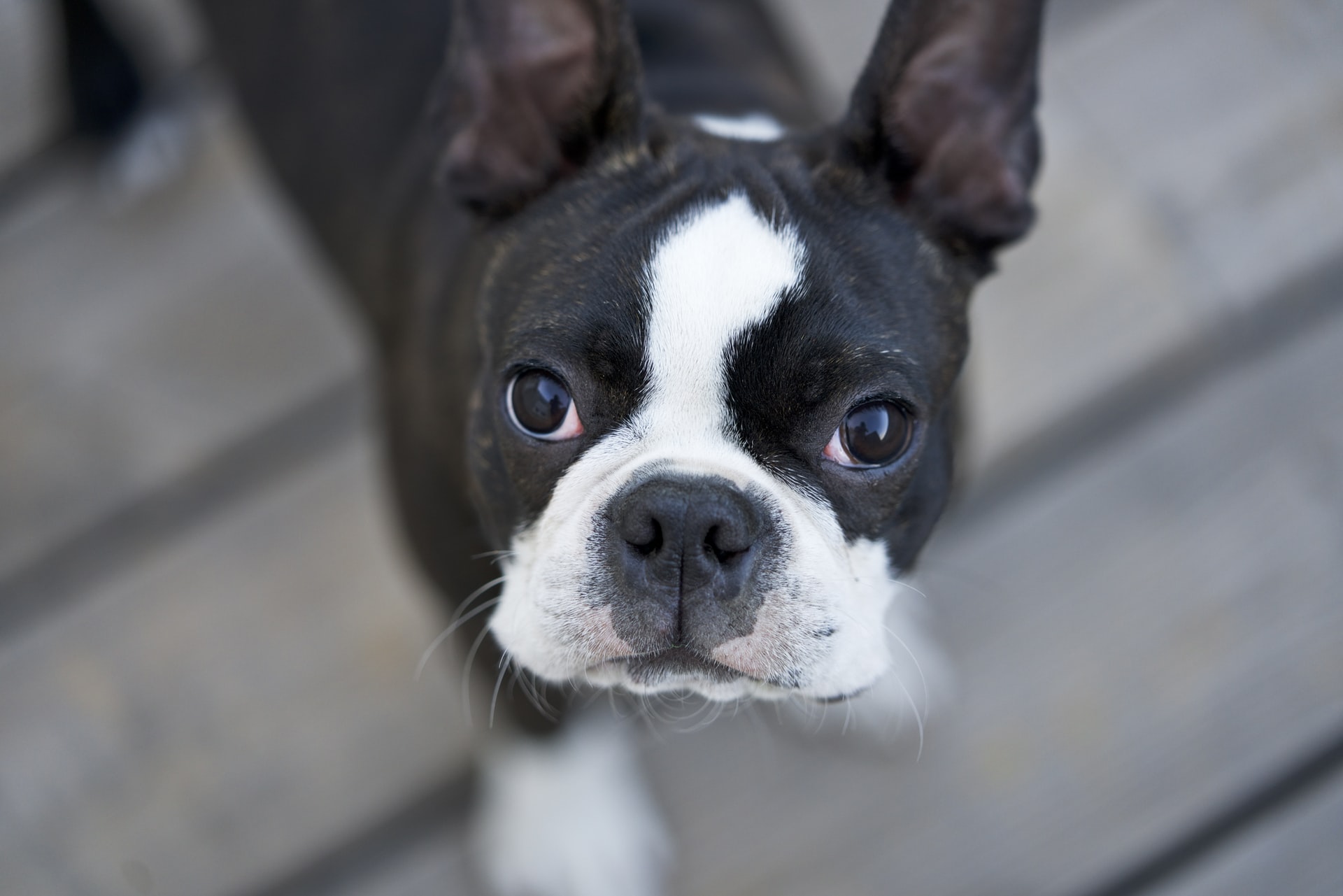 Last week, I promised you the story HOOK Example from my work in progress, Death of an Heir. Also, on the first Wednesday of the month, I post my answers to questions posed by the Insecure Writer’s Support Group (IWSG). To close out November, I’m sharing reviews of four Thanksgiving-themed novellas.

What is a Story HOOK?

The opening pages of a novel introduce essential aspects of the story and grab readers with an intense need to know what happens next.

These critical details convey what the story is about, establish the actions required for upcoming events (e.g., characters and settings), and entertain readers (i.e., maintain interest).

Also, the HOOK is the first opportunity to make the hero appealing and hint at one or more flaws.

Aside from grabbing readers’ attention, the HOOK starts the SETUP for the story in the stable world. The SETUP serves as the contrast to when the hero enters the unstable world in Act 2.

To be clear, the HOOK is not the TRIGGER event, but it sets up the core conflict. Also, if you include a PROLOGUE, I consider it part of the HOOK even though it’s a separate scene.

The Story HOOK from Death of an Heir

These prior posts lead up to today’s example:

In the above posts, I referred to the POV character as Dorothy Example. In this cozy mystery excerpt, she’s renamed Deena Finch.

I welcome your feedback. Please leave a reply!

Deena Finch savored the last sip of dark-roast coffee before she pulled the baking tray from the oven. While the peanut butter dog treats cooled, a thump on the longleaf-pine floor announced her chubby Boston terrier was on his way. Each morning, around six o’clock, Ike enjoyed a fresh treat before a slow-walk in the neighborhood.
The temperature in Byna Spring had yet to reach the toasty range for early June. Deena loved her mornings, unhurried times of reflection and prayer. But the patter on the windows signaled rain, and Ike hated to get his feet wet. She snugged the yellow slicker tight around her neck before snapping on the dog’s leash.
Most mornings, she and Ike strolled through the residential neighborhoods near Main Street, taking in the quiet that blanketed the small Texas town. On those days, Deena left the hundred-year-old building through the front door. Given today’s rain, she planned a short trek and exited by the back door into the alley.
The colorful art painted onto the walls of the buildings took on a surreal glow. Holding the umbrella over her and Ike, Deena made the best of the weather, letting the dog take his time as the drumming of drops on the rooftops and umbrella wooed her into a dreamlike state. She recited her favorite Bible verses and a wave of peace swept over her.
Ike jerked on the leash, growled low and nosed a loose shoe. She froze, but the dog tugged again, straining toward the body lying face up. A flood of adrenaline raced through Deena’s veins. Her balled fists dug sharp nails into soft palms.
Ike inched forward, dragging Deena along.
She stared at the discolored face. Ted Deval? Her newest client at Live Oak Gallery.
Even though Ike weighed north of twenty-five pounds, Deena swept the dog into her arms, darted back inside, and phoned the police.
Her husband came into the kitchen, stood near, and after she hung up, Deena collapsed into his arms. Between sobs, she described Ike’s discovery.
Without a word, Greg hugged Deena tighter.
After moments of silence, Deena raised her head from Greg’s chest. “I told Officer Thurston we’d meet him in the alley.”
Greg locked Ike in his crate and grabbed the oversized umbrella.
Outside in the steady downpour, minutes passed. “I—” Deena turned toward Greg. “I’ve got to see if it’s really him.”
Greg hugged her shoulders. “You sure?”
She nodded.
The day before, Ted Deval asked Deena to appraise a painting from his parents’ estate. The art rested on an easel inside her gallery.
Deena came out of her thoughts to find Greg staring at her. Without a word, she led him toward the body. He held the umbrella over her as she leaned down.
Before today, it had not crossed her mind that bad things might happen to good people in Byna Spring. As she drew close to the pale body, a drop of rain, like an icy finger, raked down her back to the base of her spine.
Her newest client, at six feet tall, was rail-thin for a forty-something male—a stark contrast to her husband, who was half a head shorter and stocky. The victim’s rain-soaked hair looked black instead of what she remembered as chestnut brown, but he was definitely Ted.
When Deena stood up, Greg wrapped his arms around her. “You okay?”
“What do you think, Captain Oblivious?”
Greg squeezed Deena’s shoulders and touched his lips to her damp forehead. “For a grumpy gal, you don’t gripe too much.”
She glanced at her watch. Where’s officer Thurston?
Greg wiped a raindrop from her nose. “Get you anything?”
“Yeah. Find the receipt to that carefree retirement you promised!”
“We’ll get through this.” Greg pulled Deena close as an involuntary spasm swept across her shoulders.
She stared toward the alley’s entrance.
Sure, you and Ike. Me, not so sure.

I hope you enjoyed the excerpt from Death of an Heir. Could you spot the essential scene beats?

In the next section, I’ll elaborate on these essential scene beats in my answers to the IWSG questions.

This month, the IWSG questions brought back a flood of memories.

In your writing, what stresses you the most? What delights you?

My stress level has declined over the years, but I still recall how the lack of writing structure limited my ability to connect all the dots in my stories.

So I found books for writers that gave me the required knowledge of structure. Later, I discovered apps to help me track everything.

➨Details Are in the Beats

Now, I delight in connecting all the scene beats. For instance, I can record essential building blocks (i.e., beats) using my favorite writing app—Scrivener.

With the Aeon Timeline app synchronized with Scrivener, I can see and track where the green lines for the POV character (Deena Finch) and her friend (Judy Applegate) connect to the suspects (shown by the purple and red lines).

There’s no single path leading to the completion of a novel, but for me, adopting a writing structure and using apps decreased my stress and increased my delight.

Whether you’re taking a breather from writing or just want to refresh your mind, these novellas helped me celebrate Thanksgiving with a grateful heart.

The Promise of Acorns

A heartfelt novella told from the viewpoint of a young nanny, with relatable characters, young and old, who need emotional healing.

For the grandfather, Dr. Howard Manchester, the death of his wife left him unable to bond with his grandchildren. For the young nanny, Erin Moore, she can’t bear to celebrate Thanksgiving because she lost her mother on that day. For the grandchildren, Addy and Heston, they suffered the loss of their parents, and now live with their emotionally distanced grandfather.

Kelsey Bryant’s style tugs at your heart without compromise. If you’re a fan of Jane Eyre, the author weaves in parallel references, amplifying Erin Moore’s emotions. You’ll long to know what happens, and like me, finish the story in one sitting.

The Windles and the Lost Boy

When you read this delightful novella by Rebekah Jones, you might wonder after meeting the mysterious Patrick on page one if it’s a paranormal or fantasy story. Keep reading! This exciting adventure defies first impressions. You’ll soon meet the Windles: sister Arabella, her older brother Damien, and younger brother Elliot.

A hint of what’s coming sits on the side table: a copy of J. M. Barrie’s Peter Pan. The references to Barrie’s classic run throughout the story, but that’s not the surprise that awaits you after the three siblings find Jeremy Bowman hiding in their neighbor’s bushes. The Thanksgiving mystery takes yet another turn when Jeremy’s stalker confronts Elliot and Arabella.

I highly recommend The Windles and the Lost Boy, and I’m now eager to finish reading the author’s full-length novel: The Lost Dutchman’s Secret.

Still reeling from the loss of her father years earlier, Phillipa helps support her mother and three younger brothers.

Through the eyes of Phillipa, we see her struggle with real-world issues. As she tries to reconcile who she is with her ambitions, she wrestles with life’s lessons.

In this novella, Pennington gives heartfelt insights into Phillipa’s emotional struggles, and the satisfying conclusion emphasizes why our hearts long to celebrate Thanksgiving.

As Long as I Belong

Told through the eyes of young Annalise Marshall, this coming-of-age novella shares her eight-year struggle to fit in at the Maple Leaf Christian Retreat Center. Her worn copy of Mansfield Park by Jane Austen shaped Annalise’s worldview. She related to Fanny Price, a girl from a messy and poor family taken in by rich relatives, so similar to the Marshall family’s dependence on support from the Clarks.

An enthusiastic photographer and artist, Annalise doesn’t realize how much her talents enhance the lives of others. She sees the world through the lens of a young woman who doesn’t belong—an outsider—yet always welcomed, just like Fanny. Quiet but thoughtful, Annalise wrestles with the right words to compensate for her low self-esteem, and her occasional muddled thoughts toward others. For example, Tate and Pace Hadden reminded her of the troublesome brother and sister, Henry and Mary Crawford, in Mansfield Park.

As Fanny had her nemesis, Mrs. Norris, Annalise had Mary Henderson, a Maple Leaf worker who constantly reminded the Marshalls they were lucky to have the Clark’s gracious support at the retreat. Near the Thanksgiving holiday, she overheard another of Mary’s callous remarks and feared the loss of the one place she had called home for nearly a decade.

Read Sarah Holman’s novella and enjoy the melding of a classic with a contemporary tale of thanksgiving with a pinch of budding romance.

Your feedback on the story HOOK example? What stresses and delights you about writing? What have you read that filled you with thanksgiving?