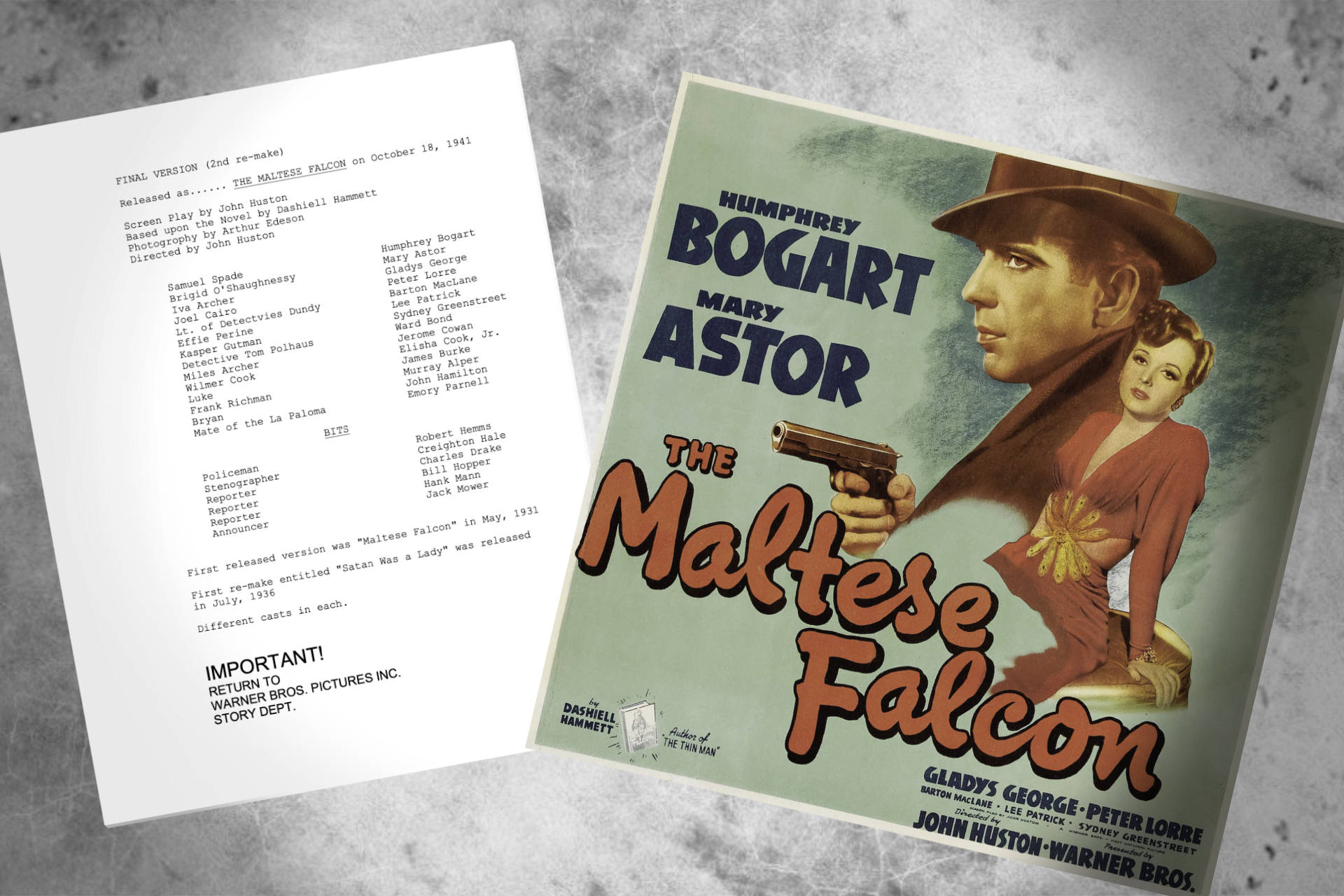 In Part 1, I shared a method to create a diverse cast of characters. In Part 2, I’ll show how to develop character voices and descriptions using Enneagram Personality types.

A character’s Enneagram type does not dictate the voice. Instead, the traits serve as guidelines you can use to create unique speech patterns and physical descriptions.

Part of your speech development goal is to create patterns so unique that readers can identify characters without dialogue and action tags.

Voice Examples from The Maltese Falcon

John Huston’s screenplay of The Maltese Falcon offers many examples of distinct character voices. For instance, this excerpt from the script shows the difference between the speech patterns of Sam Spade and Joel Cairo.

CAIRO: I thank you.

CAIRO: May a stranger offer condolences for your partner’s unfortunate death?

CAIRO: May I ask, Mr. Spade, if there is, as the newspapers infer, a certain—ah—relationship between that unfortunate happening and the death a little later of the man Thursby?

SPADE: (Spade does not reply.)

CAIRO: I beg your pardon. More than idle curiosity prompted my question, Mr. Spade. I am trying to recover an—ah—ornament that has been, shall we say, mislaid? I thought, and hoped, you could assist me.

CAIRO: The ornament is a statuette—the black figure of a bird.

SPADE: (Nods as before.)

SPADE: Five thousand dollars is a lot of money.

Spade’s terse speech differs from Cairo’s elaborate pattern. Even if you removed the dialogue tags, it would be easy to tell who was speaking.

For example, this note in the script establishes Cairo’s physical traits and helps set voice expectations:

Mr. Joel Cairo is a small-boned, dark man of medium height. His hair is black and smooth and very glossy. A square-cut ruby surrounded by baguette diamonds gleams against his dark cravat. His black coat, cut tight to narrow shoulders, flares a little over plump hips. His trousers fit his legs more snugly than the current fashion. The upper of his patent leather shoes are hidden by fawn spats. He holds a black derby hat in a chamois-glove hand, and he comes toward Spade with short, mincing, bobbing steps.

So, it’s no coincidence that Peter Lorre’s dandy appearance and whisper-soft voice aligned with the script’s description of Cairo. And if you’re familiar with the 1941 film version of Dashiell Hammett’s novel, your mind filled in the no-nonsense voice of Humphrey Bogart as Spade.

Above all, through subtle descriptions and creative dialogue, writers can emulate the emotional impact seen and heard in films.

As you explore The Wisdom of the Enneagram, you’ll find abundant inspiration for your characters. For example, here are three guiding principles for The Perfectionist (Type 1):

Keep in mind that each character sees themselves as the hero in their story. Thus, even a villain can fear being “bad,” but the context of that anxiety depends on the character’s backstory.

A character’s backstory based on the Enneagram Type gives clues that help you develop the speech pattern and physical traits.

An Enneagram connected wing type changes the primary type. As outlined in Wikipedia’s article on Enneagram of Personality:

Most, but not all, Enneagram of Personality theorists teach that a person’s basic type is modified, at least to some extent, by the personality dynamics of the two adjacent types as indicated on the Enneagram figure. These two types are often called “wings”.

For example, here are the connected wing types for a Type 1:

Once you find an Enneagram model, search for examples of how they phrased essential messages. For example, you can use a pattern of sarcasm or irony to make a key point.

In my country we go to prison first and then become President.

The goal of the search is to find useful speech patterns, not specific quotes. Look for models of dialogue and thoughts. Record examples in your writer’s journal as you read books and articles.

When basing a character’s physical attributes on an image of a living person, use adequate discretion and common sense to avoid legal issues. Create a unique description by blending physical traits of two or more individuals.

In summary, it’s simple to use Enneagram types to create unique speech patterns and physical traits. If you want to learn more, I highly recommend The Wisdom of the Enneagram.

And One More Thing…

Near the end of The Maltese Falcon, here’s my favorite scene:

Detective Tom Polhaus picks up the black statue. “Heavy… what is it?”

Sam Spade clasps his hands on the falcon and looks into Tom’s eyes. “The… ah… stuff that dreams are made of.”