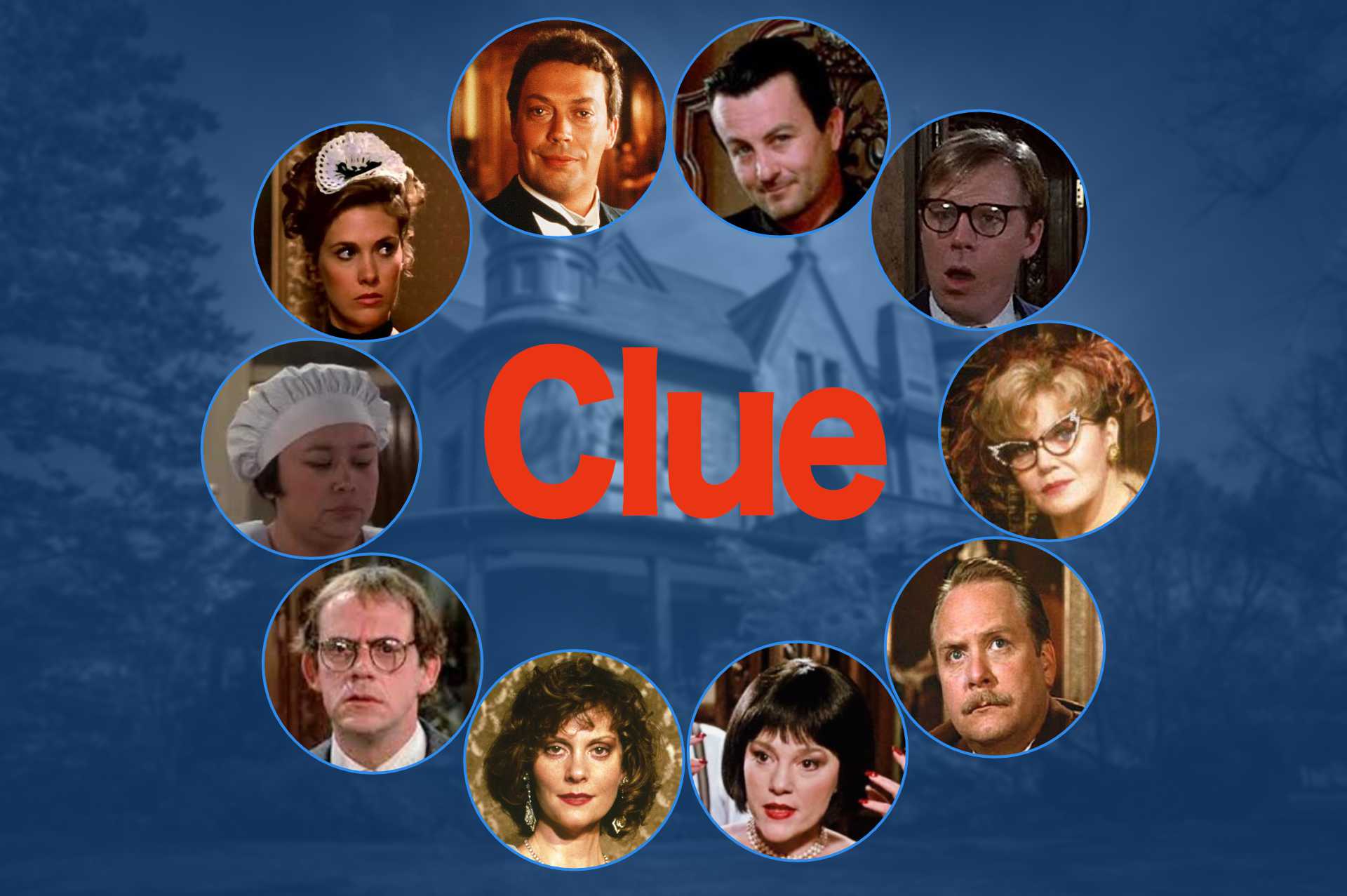 John Gardner, novelist, teacher, and critic, summed up the relationship between characters, plot, and theme.

Character is the very life of fiction. Setting exists so that the character has some place to stand. Plot exists so character can discover what he is really like, forcing the character to choice and action. And theme exists only to make the character stand up and be somebody.

Before we get into character descriptions and voices, consider using the nine enneagram types to create realistic personality traits and behavior ranges. To learn more about enneagram types, check out this prior post: The Ultimate Free Character Template.

While watching a murder mystery, what’s your reaction when one character blends into another, allowing your mind to drift? Did you switch channels?

How about a book where you had to keep looking back to prior paragraphs to determine who was speaking? Did you set that novel aside?

The 1985 movie Clue* serves as an example of differentiating characters by appearance and voice. Jonathan Lynn directed the film and wrote the screenplay from a story co-authored by him and John Landis.

Based on Hasbro’s board game, Clue satisfies the genre conventions and obligatory scenes of a murder mystery. The high IMDB rating of 7.3 suggests the powerful appeal of talented stars playing fully developed characters.

According to interviews of Jonathan Lynn, writing and casting was no accident but a concerted effort to equip each actor with unique character descriptions and distinct voices.

Set in 1954, Clue is about seven guests, a butler, a cook, and a maid involved in a series of murders.

The guests meet at a New England mansion. During the introductions and dinner, Professor Plum (Christopher Lloyd) discloses he works in Washington, D.C., where the other guests live. As the story unfolds, Colonel Mustard (Martin Mull) dances around whether he was a client of Miss Scarlet (Lesley Anne Warren), who previously employed Yvette (Colleen Camp), the maid, who had an affair with the husband of Mrs. White (Madeline Kahn). Mrs. Peacock (Eileen Brennan) denies she took bribes to influence her senator husband. If the lifestyle of Mr. Green (Michael McKean) were disclosed, he would lose his State Department’s job.

To avoid public disclosure of their indiscretions, the blackmailer, Mr. Boddy (Lee Ving), gives a weapon (i.e., a candlestick, a knife, a lead pipe, a revolver, a rope, and a wrench) to each of six guests, telling them someone must kill butler Wadsworth (Tim Curry).

The color-coded board pieces inspired the pseudonyms for each character, making it easy to differentiate between the individuals. With an eye for detail, the director emphasized character names with color-matched automobiles.

As examples of appearance, Tim Curry played Wadsworth the English butler, and wore the expected black jacket, white tie, stiff collar, and pinstripe trousers. Colleen Camp played the role of Yvette, the French maid, and wore a skimpy black dress, a little white apron, and matching cap. Kellye Nakahara played the role of Mrs. Ho the cook, and she dressed in a drab kitchen uniform, apron, and cap while methodically sharpening a large shiny carving knife on a steel.

An effective writing technique pairs an adjective with a noun to create the dominant-impression tag for each character. Another creates sample dialogue to show a character’s interactions with other characters.

Here are my dominant-impression tags and sample dialogue from the movie’s transcript.

➨Wadsworth (speaks in a serene yet somewhat superior tone): Yes, indeed, sir, you are expected, Colonel. May I take your coat? It is Colonel Mustard, isn’t it?

➨Yvette (speaks with a demur French accent): No, merci. I am a lady.

Miss Scarlet: Oh, how do you know what kind of pictures they are if you’re such a lay-dee?

Wadsworth: Is everything all right, Mrs. Ho?

➨Mrs. Ho (speaks with a curt tone while holding a sharp knife): Dinner will be ready at seven-thirty.

➨Colonel Mustard (speaks with an emphatic tone): This is war, Peacock. Casualties are inevitable. You cannot make an omelet without breaking eggs, every cook will tell you that.

Mrs. Peacock: But look what happened to the cook!

Miss Scarlet: Maybe there is life after death.

➨Mrs. White (speaks with a sarcastic tone): Life after death is as improbable as sex after marriage!

Colonel Mustard: And me.

➨Miss Scarlet (speaks with a surprisingly upbeat tone): Not me.

Wadsworth: [surprised] You’re not being blackmailed?

Mr. Green: What did you do?

➨Miss Scarlet: Well, to be perfectly frank, I run a specialized hotel and a telephone service which provides gentlemen with the company of a young lady for a short while.

Miss Scarlet: I hardly think it will enhance your reputation at the U.N. Professor Plum, if it’s revealed that you have been implicated not only in adultery with one of your patients, but in her death and the deaths of five other people.

➨Professor Plum (speaks with a you-don’t-know-what-your’re-talking-about tone): You don’t know what kind of people they have at the U.N., I might go up in their estimation.

Wadsworth: Ladies and gentlemen, you all have one thing in common: you’re all being blackmailed. For some considerable time, all of you have been paying what you can afford, and in some cases more than you can afford, to someone who threatens to expose you. And none of you know who’s blackmailing you. Do you?

➨Mrs. Peacock (speaks in an agitated tone while smoking nervously): Oh, please! I’ve never heard anything so ridiculous. I mean, nobody could blackmail me. My life is an open book. I’ve never done anything wrong.

Yvette: Go on. I’ll be right behind you.

Wadsworth: Ladies and gentlemen, the police will be here in about forty-five minutes. Tell them the truth and Mr. Boddy will be behind bars. [Mr. Boddy starts out of the room] Where are you going this time?

➨Mr. Boddy: I think I can help them make up their minds. Can I just get my little bag from the hall? [Mr. Boddy walks into the hall, grabs the bag, returns and places the bag on the table, opening it] Who can guess what’s in here? Huh?

Miss Scarlet: The evidence against us, no doubt.

Mrs. White: What were you told, precisely?

➨Mr. Boddy (speaks in a sly tone): Merely that you were all meeting to discuss our little financial arrangements, and if I did not appear, Wadsworth would be informing the police about it all. Naturally, I could hardly resist putting in an appearance.

As evidenced by the continued popularity of Clue, character is the very life of fiction.

Dare to create unique character descriptions and distinct voices for your stories.

In your writing, how do you balance character descriptions, voices, traits, and behaviors?

*For research about the 1985 movie Clue, I used these resources: